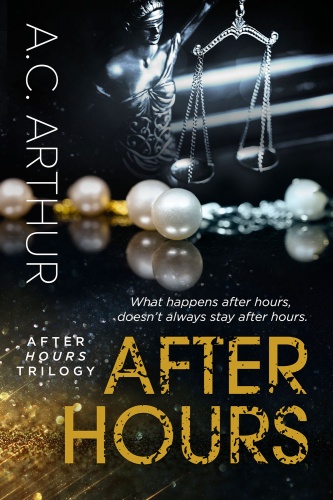 Part of the After Hours Trilogy

Ambitious and tenacious litigator, Cienna Turner has just been assigned the city’s most high-profile sexual harassment case. Despite misgivings, her job requires her to provide a stellar defense and she’s ready to do that when she learns her colleague, the sexy and debonair, Keith Page, will be working with her. Now, Cienna not only has to bring in a big win for the firm, but also face the demons from her past that resurface when Keith makes his desire for her known.

Keith Page has his eye set on becoming one of the city’s youngest black judges but stepping into this case involving a possible city contractor and several of the guy’s employees, might not be the way to get there. Working alongside one of the firm’s most successful attorneys is the highlight of this situation, especially when their first kiss promises more passion to come.When the tables turn and Cienna finds herself at the center of the harassment claims and office drama comes to a fevered pitch, Cienna and Keith will rely not only on their legal acumen to stay on top, but also their love for each other to stay alive.

Khalil Franklin is working undercover to help his friends find out whose spamming their firm email and why. Fresh off a break-up he’s not in the market for another love interest, but as the feisty and attractive paralegal questions his every move at the firm, he finds himself falling for her fast!Who will be left standing when a chance meeting at a sex club hatches a plan for revenge and the email scandal erupts on the top floor of Page & Associates?

Litigation attorney, Kelly Brandon, lands the case of her career when a college friend shares that she’s been sexually harassed by a popular baseball player. Inspired by her sister’s suicide a year ago, Kelly is determined to bring this offender to some form of justice. What she doesn’t expect is learning that the crisis manager hired to save the day for the ballplayer is Sterling Layne, a blind date turned one-night stand that Kelly tried valiantly to forget. Now, together, Sterling and Kelly must work to find a solution that works for everyone involved, while trying to resist the attraction that’s been steadily brewing since their first date. But there’s another aspect to this case that neither of them expect and when the danger reveals itself, Kelly and Sterling will be forced to take a long, hard look at the lives they’ve been leading and the future they are working toward.

These three books are also available separately in ebook format.

Part of the After Hours Trilogy 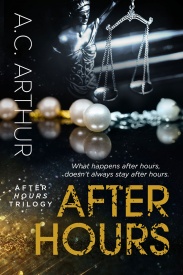