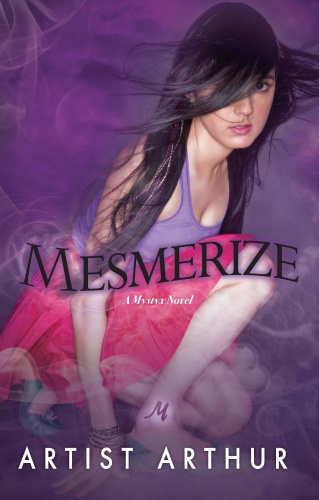 Book 4 in the Mystyx Series

You can’t move forward until you deal with the past…

Starting over is nothing new to diplomat’s daughter Lindsey Yi. She’s grown up changing schools the way other girls change clothes. Still, moving to Lincoln, Connecticut, is different. Although she’s still reeling from the loss of her parents in an accident, Lindsey is finally in a place that feels like home. Because here, Lindsey’s ability to read other people’s thoughts doesn’t make her weird. It makes her one of the Mystyx.

When Dylan Murphy—hot, popular and a senior—starts to notice her, things get serious, fast. But even as she’s figuring out how she really feels, the Mystyx realize that they’re not the only supernaturals in town. There are other gifted teens who have different motives. And they are hoping to get close enough to the Mystyx to convert them—and the world—to Darkness.…

Book 4 in the Mystyx Series 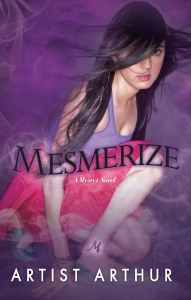 My name is Lindsey Yi and I’m telepathic. I have been able to read people’s minds for as far back as I can remember. I’ll be seventeen in a couple of months and it’s close to the end of my junior year in high school. I love cheese and absolutely hate ketchup.

I know that the diet of lady beetles consists of soft-bodied insects like caterpillars and that giant African crickets enjoy eating human hair. That’s not necessarily something I need to know, but I have a reservoir of useless trivia like that stored in my brain for some inexplicable reason.

Another fact: It’s been a year since the accident—twelve long months—since I’ve had a full night’s sleep or experienced a waking minute of the day when I didn’t think about my parents. I can still see their glassy eyes as they breathed the last puff of air in their lungs.

My entire body shivers as I rub my arms to soothe a layer of gooseflesh that coats my skin. As I close my eyes, I’m once again right back there, reliving the train crash one more time.

We were going to Washington, D. C. Dad went there a lot. He used to be a diplomat to South Korea. That’s where he and Mom come from. I was born in the United States, but I traveled all over the world with my parents. When the accident happened, we lived in a huge house in Providence, Rhode Island.

I guess we could have taken a plane. But Dad liked to travel by land whenever he could, so we were on Amtrak sitting in business class. I don’t know why, since I wasn’t traveling on business. But I liked to pretend that I was a very important person in the government. That’s what I want to do when I grow up, work for the government in some high-level international job. Sounds ambitious and probably obnoxious, but it’s what I want to do.

My parents were sitting across from me, my dad with his laptop open as his fingers danced across the keyboard, and his eyes focused on whatever appeared on the screen. Mom was reading a book. She loved to read. Judging by the cover—with a bare-chested man and a woman with long red nails grazing his pectorals—it was probably a hot, steamy romance. That meant that mom won’t be passing it on to me for my reading pleasure. That’s okay. I prefer reading nonfiction, anyway.

My blunt-tipped fingernails—just like Dad’s—drummed over the tabletop that separated us as I stared out the window. Trees whizzed by at a steady clip. Sometimes they were interrupted by water as we crossed a bridge. I was taking in the scenery but Dad wasn’t, and it was his idea to take the train, anyway. I liked how the water looked like it shimmered, like there was a huge plastic coating over it that captured the rays of sunlight in a glittering spectacle. The trees made me think of shelter, of something hidden within the tall cluster of shrubbery with hundreds of outstretched arms on the sides. I didn’t really want to think of those arms, grabbing, touching, pulling and tearing at me. That had always been a sore spot for me.

Then the scenery abruptly changed with such a jolt that it made me slide into the empty seat beside me. Dad’s computer slid over the table, then bounced off the floor with a thud. It didn’t sound good. Mom dropped her book, the pages quickly fanning out as it fell to the floor. I remember thinking, “She won’t remember what page she was reading because her bookmark was still on the table.” The book had fallen off the edge, too, resting on the floor beside Dad’s laptop.

I grasped the armrest but the shaking didn’t stop. I was quickly flipped right out of my seat, careening over the mess on the floor beside us, being catapulted somewhere inside the train car that I didn’t know. Screams echoed in my ears and pain slammed into my body, even though I could have sworn I was floating through the car without actually hitting anything. Still, the pain was there, it was real and it was growing.

The right side of my head hurt like it had been smashed into something and throbbed furiously at the assault. My arms ached and there was a whoosh of air as I felt like something slammed into my stomach. I heard voices in my head, screams and pleas, amid the cries for help.

Outside the window, there were no longer trees or water, but an upside-down world that I couldn’t really decipher. There was smoke billowing upward over the windows in clear gray waves. There was movement all around me, but I remained still. I swallowed as my body finally began to settle, and I cringed as the stinging taste of blood coated the back of my throat.

The cries in my head grew louder and louder and were now replaced by snippets that formed a chaotic sound wave that resonated through my entire body. My mouth opened because something wanted to come out, but I didn’t know what. It might have been anything like, “Help me, I’m hurt.” Or, “Save me!” Or, “I’m dying!” Or maybe even, “This pain is excruciating. Please someone help me!” Whatever it was, it all came down to, “What the hell is going on?”

I couldn’t say anything. It just played like a loop running through my head. I remember rolling over and coughing, since smoke was everywhere by now. Getting to my knees wasn’t easy. My elbows rested on the floor, but there was glass everywhere so I lifted up my arms. I scraped away the tiny shards and saw the blood on my fingertips as it dripped down my arm and fell to the floor in red droplets. I got up off the floor and looked down to see that my knees matched my elbows, but there was no time to dwell on that.

“Lindsey!” a familiar voice called to me. “Lindsey, honey, where are you?” the woman said.

At that moment, I was thinking about how to form the words, but my mouth still wasn’t working. My legs moved in a wobbly way, like I’d been thrust back to the days when I was a toddler trying to take those first steps. Lifting one leg at a time was a chore, one I needed to concentrate on. But the voices in my head wouldn’t allow it.

I doubled over and suddenly felt like the glass on the floor was somehow embedded in my stomach. The pain was so intense, my eyes watered. And once again I tried to open my mouth to scream in agony. Still, nothing.

I’d been rendered mute and there was no explanation why.

Squeezing my eyes shut, I tried to breathe through the pain but it was relentless. My chest heaved as my head felt like it was going to split in two. Even my eardrums ached, like they did when I had that rotten tooth in fourth grade.

I kept moving, because in the midst of all the noise, I heard my mom’s voice coming through loud and clear.

The chaos seemed to have quieted in my head, seeping out through my ears, spilling out so that it appeared to surround me. I felt myself being pushed and jostled, but I kept trying to walk, trying to get to Mom’s voice. When I finally did manage to, I stopped. My legs gave out and I was back lying on a bed of broken glass on the floor.

Then I realized that my parents hadn’t been thrown when my body ricocheted through the train. At the time I thought it was strange since we were sitting right across from each other. But it looked like they never moved, as their backs were still plastered to the faux-leather seats that are only in business- and first-class cars on Amtrak. Dad’s laptop was definitely busted and Mom’s book was gone. She’ll have to buy another copy and start all over, I thought.

Her fingers were all bloody so the pages would probably get smudged when she opened the new book. Maybe she’d buy an e-reader instead, I thought. On one side of her head, the right side, there was a gash that oozed blood in thick rivulets that covered one of her eyes and trickled down to her lips. When I reached out to touch her, my arm ached so bad that I couldn’t do anything but let it fall back to my side. Dad was next to her and his head looked fine. No blood. But his chest was moving up and down, in quick motions that didn’t seem normal. Trailing down the bottom of his shirt was a gruesome crimson color. The blood was coming from his stomach.

I didn’t reach out to him, but instead folded my bruised arm over my stomach to suppress the spasms and knife-sharp pains that were resurfacing once more.

“Dad!” The sound came from my mouth in a sick croaky-sounding way.

He moved his head slowly as the narrow slits of his eyes searched for and then found me. He did like this hiccupping thing and blood gurgled from his lips. I cringed and swallowed, and felt like I tasted the same blood.

I wanted to say, “Mom,” but I couldn’t. My mouth was already full. I looked at her, at her long, straight, jet-black hair that was now matted to one side of her face. She reached up to touch me. The sound in my head screamed, “Stop her!”

She froze in midair, as her arm hung aloft for a second then fell limply to her side.

I looked from my mom to my dad and my dad to my mom, back and forth over and over again. The pain coursed through my body making me tremble. I couldn’t talk anymore, but I kept swallowing. I hated the taste in my mouth, hated the feeling of warm blood as it oozed down my throat. I kept staring at Mom and Dad, at their eyes. They blinked in unison. Then they stopped blinking and simply stared straight ahead, that empty soulless stare.

Death is final. It’s the end and there’s no coming back. No resurrection. It’s over and done with. My mom and dad are gone and I’m still here. 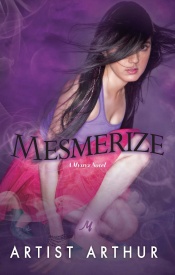