Except for one passion-filled night after his father’s funeral, Ty and Felicia Braddock’s marriage had been cold for years. Now Felicia was pregnant…and unwilling to bring a child into a home with a workaholic, absentee father. She wanted a divorce, but for their child’s sake Ty demanded she give their vows a second chance. But the challenging vixen Felicia had become was nothing like the sweet-tempered, predictable woman he remembered. More and more the driven financial executive found himself wanting to spend less time at the office and more time making love to his oh-so-desirable wife.…

Felicia desperately wanted their marriage to work. But would their newfound desire be enough to make her husband the family man that she and their baby needed? 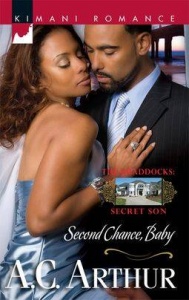 He couldn’t get her out of his mind.

Tyson Braddock walked along the busy street without paying a bit of attention to his surroundings. He’d lived in Houston all his life, so he wasn’t amazed by the sights. Besides, his mind was usually too preoccupied with business to take in the scenery. Today, however, it wasn’t business that plagued him.

Anyone who knew Ty would be surprised by that fact alone.

At this moment there was just too much going on in his life. It was early October. The year was quickly coming to an end and Ty couldn’t tell if he was glad or sad about it. It was natural to lean more toward sad since in the last nine months he’d had his wife walk out on him, his father die, his wife come back to him and then leave him again.

His dad’s death… Ty was just beyond devastated.

Harmon Braddock had not only been an influential politician but a devoted husband and a family man. Except for the months leading up to his death, when his father had seemed preoccupied with something bigger than politics and his family combined. Ty hadn’t paid that much attention, although he now admitted he should have.

Congressman Harmon Braddock had been a pillar of the community, a successful district attorney turned politician who had gained the adoration and respect of the majority of the town’s citizens. The Braddock name was as close as you could get to royalty in Houston. So it was understandable that Harmon’s accident and death would be newsworthy. Though Ty doubted the press knew of the inconsistencies.

Ty, Malcolm and Shondra had picked up on those inconsistencies and were now wondering what it all meant. Was their father killed? Was he involved in some type of political conspiracy? And if so, how were the three of them going to uncover the truth and seek justice for their father?

The Braddock children were determined to do just that.

Ty was the middle of three children. His older brother was Malcolm, the one his parents clearly expected to walk in Harmon’s footsteps. His younger sister, Shondra, was beautiful and respected for her intelligence in her profession as a high-powered, successful management and compliance officer. Ty, true to middle-child syndrome, felt loved but burdened with the need to over-achieve just to earn a distinct place in his family. He’d been born with money but felt compelled to make his mark in business on his own. So he’d spent his entire adult life focused on success in business. In that quest he was relentless.

Continuing his walk, Ty turned the corner, vaguely noticing people going in and out of the shops that lined the street. It was a crisp fall day and he deeply inhaled the fresh air. With his hands thrust in his pockets, Ty let himself remember one of the most painful nights of his life. The night he’d found out Harmon was dead.

Shondra, whom he and Malcolm still called by her childhood nickname, “Shawnie,” had been the one to call him well after midnight. He had just gotten into bed after working on a proposal for Christopher Brentwood of Brentwood Holdings.

Shawnie hadn’t given him much information except that their father’s car had gone speeding out of control, flipping over and over before careening down an embankment. And that he needed to get to the hospital as soon as possible. By the time he’d arrived, his father was gone.

For days he’d functioned on sheer autopilot. His condo in the downtown area of Houston seemed even bigger and emptier. Almost like a tomb. And only six months before, his wife of five years had moved out.

Felicia taught first grade at the local elementary school. She loved it and so Ty tried not to press the issue about her staying home, no matter how much he wished she would. One evening he’d come home from work to find she was packed and gone. He’d talked to her a week later and she’d been adamant about the separation. Ty had been flabbergasted. They’d been so happy one day, then she was yelling and crying the next.

One thing he was absolutely certain of—he and Felicia were meant to be together. If she needed a few months to get over whatever it was she was going through, he was willing to give her that.

Except he hadn’t anticipated his father’s death or the strange feelings and yearnings that would come as a result.

Felicia Turner Braddock was compassionate and loyal. On the day of the funeral, when she had come walking back into his family home after six months of being away, he’d felt a soothing calm wash over him. Very little shock. It was like his body and soul had just been patiently waiting for her. She’d embraced him immediately, and Ty had known without a doubt that with her here he could make it through this day, and the next.

They’d returned to the penthouse after the last of the mourners had left the Braddock estate. The ride back into the city was quiet as Ty thought of the turn his life had taken in such a short span of time. He’d expected her to come back home with him and that they would get through this grief together.

So when they’d walked into the house and he’d gone directly into the bedroom, it was natural for her to follow him there. What had thrown him was the way she’d sat on the edge of the bed, her hands in her lap, as if this were her first time there.

Maybe she was having a moment. Ty had experienced plenty of them in the last week. He’d be doing something normal or mundane, and just like that his thoughts would drift to Harmon and the loss would seem too profound for words.

His fingers shook a little as he unbuttoned his shirt and stripped it off, tossing it to the floor. Then he’d had to sit down as the memories came fast, turning his insides once again to a jittery mess.

He’d felt her hand on his shoulder as she tried to comfort him. Then her arms were wrapped around him and he leaned into her embrace. It felt comfortable and different all at the same time.

She had trembled in his arms then sniffled. He’d brushed his hands through her hair, whispering something about them getting through this together.

Then the moment had shifted. Grief slipped aside, opening the door to a familiar rush of passion. His wife was in his arms, in his bed, a place she hadn’t been in months, and he loved it.

Ty told himself that circumstances put them in this time and place, that he shouldn’t take advantage. Yet his hands moved down her back to cup her bottom. It was instinctive. Her arms were wrapped around his back, her nails digging in slightly as he touched her.

In the next instant their mouths were joined, his lips moving over hers boldly, wickedly. She seemed to melt in his arms even as she stroked the intense heat building within him. Every touch, every moan, every movement felt right. It felt perfect.

They didn’t speak. Words were no longer necessary. Each touch was a memory renewed. When he’d lifted the edge of her nightgown, pulling it up and over her head, he was entranced by her beauty that had only matured with her over the years. She was no longer the timid college girl he’d first taken to his bed. Now, she was an experienced lover, arching to his touch, moaning to his kiss. Anticipation bubbled just beneath the surface of his skin and he licked his lips impatiently.

It had always been this way between them, this hot rush of desire that didn’t calm until he was deeply embedded inside her and they were both completely sated.

When she reached out, flattening her palms on his bare chest, Ty’s entire body stiffened, then warmed. He wanted this woman with a desperation he’d never known before, needed her like nothing he’d ever needed in his life. Leaning forward, he kissed her with all the emotion swirling inside of him. He was gentle at first, because his one priority had been to always love and cherish her. Then his lips grew more persistent, his tongue slipping past her lips, her teeth, to claim her fully. Her tongue snaked along his and the dam broke free. Ty kissed her with pent-up urgency, conveying the fierceness of his love for her, his devotion and vow to protect and take care of her.

They’d loved each other in this way so many times before, it was second nature. When she lay naked on the bed, Ty could only look down at her, his mind reeling with emotion, his body edgy with need. She had only to lift her arms in invitation before he was slipping between her legs, entering her with one long thrust, one satisfied moan.

That moan was quickly replaced by tiny pants and heated growls as Ty created a rhythm and Felicia lifted her hips to match it. This was the connection he’d come to rely on, the one constant in his life—his love for this woman.

The next morning he’d gone to the office at his usual time, five o’clock. He’d called home a couple of hours later to see if Felicia had left for work and had received no answer. After several attempts on her cell, he figured he’d just see her later. But he was mistaken.

This time, at least, she’d left him a note. She wasn’t going to stay with him. The night before had been wonderful but it had been a mistake. He couldn’t give her what she wanted, so a separation was the best solution.

Ty had been livid. For the first time in years, he’d taken his frustration out on something besides the punching bag in his home gym. He’d burned the note then tossed a few choice pieces of artwork, watching them smash into the walls of the penthouse, enjoying the scene of them breaking. Just like his heart.

That had been three months ago. Ty hadn’t seen nor heard from Felicia since then. He’d called her because he thought his marriage deserved that much. She’d refused his calls. He wasn’t into begging, so the calls quickly stopped. For now. But in the weeks that passed he’d held on to the fact that he hadn’t heard from any attorney on her behalf. That was a good sign. Because Ty had no intention of ever letting his wife go.

Felicia Turner Braddock’s heart fluttered as she held the blanket up to her cheek. Burying her nose in it, she let its smell sift through the raging hormones in her body.

Her eyes misted and she blinked to keep from making a complete fool of herself inside this quaint shop. 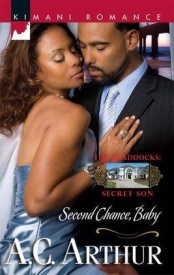