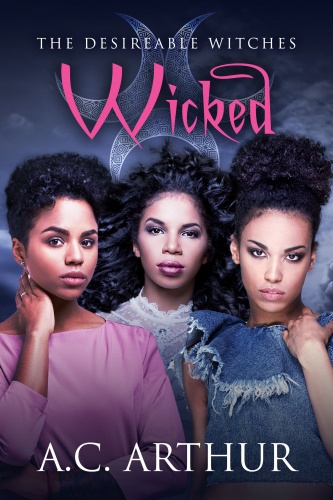 How wicked can they be?

Touch Me, Please Me

Novelist, Cedric Compton is in the town of Mystic for one purpose only—to meet his second extended deadline. The key to making that happen is completing his research on the myth of the Desirable Witches. But when he knocks on the door of one of the reputed witches and the beautiful Sahara answers, the last thing on Cedric’s mind is work.

Sahara Baker takes her role as protector of the Mystic vector very seriously. She’s also not ashamed of acting on the insatiable desire bestowed upon her kind, so inviting the handsome writer into her bed is natural—keeping him out of her world and her heart is a little more complicated.

Tease Me, Take Me

Kitaka “Kit” Valentine is a Desirable witch with the power of vision. When she receives a premonition of danger that warns “they will come in twos,” she’s ready to act. She had no way of knowing that the two she hunted would introduce her to the two that would be her salvation.

Jack and Rad are business partners and best friends. Meeting Kit opens a door to more than just a magical world neither of them knew existed; it breaches the surface of the deep, dark sexual hunger that could destroy them all.

Teach Me, Love Me

Melody McCain is about to learn she cannot run from her destiny—whether that’s acknowledging she’s part of a powerful group of witches, or accepting that she’s part of a relationship more passionate and rewarding than she could have ever imagined.

Terrell Chase is game for joining his friend and teammate, Sean Brinkley for a week-long getaway, especially when Sean informs Terrell that his girlfriend, Melody, will be there too. What begins as a road to seduction quickly shifts into a battle to save not only their lives, but the lives of everyone in the vector left unguarded by a Desirable witch. 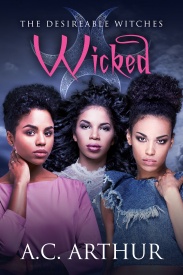