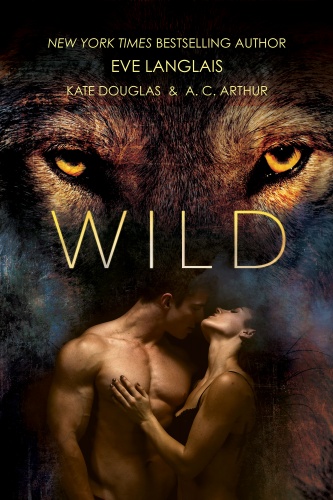 In Catch a Tiger by the Tail by Eve Langlais, Broderick has a job to do—audit the books of a gentleman’s club. Sounds simple, except his company wants him to find dirt linking to the mob, his secret mob employer wants someone to pin the blame on, and the bar manager at the heart of the controversy doesn’t want him—even though she’s his mate.

Previously published in the 2-in-1 e-original (title) and in print for the first time!

In Wild Passions by Kate Douglas, six women—friends closer than sisters—head off to an exclusive mountain resort for a week-long bachelorette getaway, where most of the women just wants to know if there are any good men left in the world. There are, and they’re the men of Feral Passions, a unique resort located on a private wolf preserve, owned and run by a pack of sexy werewolves who use it as their own personal hunting ground for mates.

In Her Perfect Mates by A.C. Arthur, Malec Zenta was part of a loving lycan family until his twin brother’s suicide took a piece of his soul. Channing Verdi never knew his parents, but that was fine because at the age of sixteen on the night of the full moon, he realized his purpose. The only pleasure these two betas have managed to find in their life was in the bed with the women they shared. Now, a human woman has entered their lives…a woman who sets their primal instincts on fire, a woman they can’t help but stake their claim on…and give her the ultimate pleasure of being with two shifters at once. 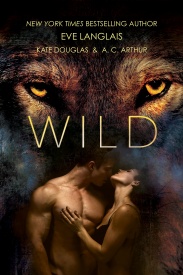