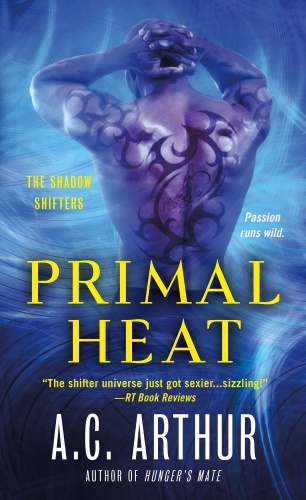 Book 6 in the Shadow Shifters Series

In the savage world of shapeshifters desire can be as dangerous as nature itself….

As bodyguard to the most powerful shapeshifter in the human world, Shadow Shifter, Eli Preston has sworn to protect his leader, defend their alliance, and keep his darker instincts in check. But when a beautiful female trainee arouses his jaguar senses, there is no stopping the beast within. He must have her. Even if it jeopardizes the deadliest mission of his life…

For six years, Nivea has been waiting for Eli to take her in his arms, unleash his animal urges, and claim her as his mate. But once their passion is unleashed-in a reckless moment of pure unbridled lust-nothing can ever be the same. The battlelines are drawn: man versus animal, shapeshifter versus shapeshifter. And Eli must be prepared to fight for his life-and his love-or he will lose Nivea forever

Book 6 in the Shadow Shifters Series 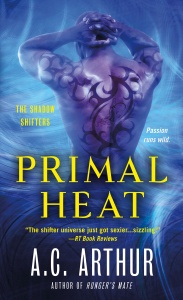 “The time has come,” Baxter Utiera spoke solemnly. His folded hands, were weathered from the years, the manual labor, the strain of working within these tribes his entire life. This morning his chest was heavy, his temples throbbing slowly from all the deep contemplation he had done over the past few weeks.

Across the table Umberto Alamar, one of the tribe elders, stared at him knowingly. But he did not speak.

“Magdalena has foreseen it. The time is coming and I do not think there’s anything we can do to stop it,” Baxter continued. His eyes hurt, gritty from lack of sleep, his shoulders squared but aching from stress.

“We should not have come here. We should have stayed in the Gungi,” Umberto spoke, his voice heavy and stilted with his Portuguese accent.

Baxter shook his head. “Hiding was never an option.”

“It may not be helped,” Baxter told him, the words not comforting but alarming to all who sat in the room. “This is what they were created for, this battle that now comes. It is all that they have prepared for. They will prevail.”

“They will die,” Alamar stated solemnly. “We will all die if this is not handled correctly. Everything is on his shoulders now. How will he lead?”

Baxter frowned slightly, finally pulling his glasses from his face, using his thumb and finger to squeeze the bridge of his nose. This was not an easy assignment. He’d known when it was handed down to him that it would not be. There had been good times, moments when he thought maybe the presence of the shifters in the United States would be a good thing, that maybe they would be able to fit in as the Reynolds had hoped and worked towards before their untimely deaths. Now it was their son, Roman, who led the Stateside Assembly. He’d put together a good group of shifters to carve out the blueprint of the democracy that would govern their species. Rome had also begun to forge alliances with human leaders, in hopes that when and if the time came, they would stand alongside the shifters and not against.

In short, they would need a miracle.

He bolted up in bed, sweat pouring from his face, his bare chest heaving with the rapid rhythm of his heart. The conversation replayed in his mind as if it were occurring right at this very moment.

Breathing heavily, Eli dragged a hand over his damp face and cursed. Elder Alamar and Baxter, the Overseer, had chosen to meet before dawn in a conference room adjacent to Eli’s bedroom on the lower level of Havenway. The fact that Eli had been awake that night, as well as so many before and after, was not a pertinent issue. Still, he would admit that his senses had been in overdrive as a result of lack of sleep and lack of sex.

Upon pressing his ear closer to the wall, straining with all his power he’d heard only whispers and murmuring from the two in the other room, nothing coherent and nothing more about the bloodshed and death Magdalena had foreseen for the Stateside Shifters.

He’d cursed his shifter senses that had been off for weeks now. One minute they were magnified so that he could scent a person who was outside of Havenway, while he was inside the training facility with new recruits. And in the next, Eli was trembling with exhaustion and fatigue, plagued with a longing such as he’d never felt before. It was strong and most times at night, debilitating, as his limbs actually weakened, his erection so hard it was painful.

All signs that he expertly ignored.

Until the moment he’d needed to hear what was being said in the room next to him, because as long as he only had bits and pieces of the conversation, Eli would keep it to himself. There was no need to alert the Assembly Leader until he had all the facts lined up neatly. Roman was a stickler for accurate information being presented to him in a studious and efficient manner. As his guard for more than ten years now, Eli knew him almost better than the only other two closer to Rome—Kalina, the First Female and Baxter, Rome’s long-time butler. He knew that the leader would want all the details of this conversation, especially with the situation the shifters now faced.

And he hadn’t told him. Not yet anyway.

Since sleep was clearly a pointless endeavor, Eli pushed back the sheets as if they’d offended him in some way and climbed out of the king-sized bed. His room, the spacious corner dwelling in the lower east wing of Havenway, only had one window that didn’t even span the length of his broad shoulders. All the windows in Havenway were small as to prevent any break-ins. That was merely one of the security measures that X and Nick, the East Zone Lead Enforcers, had designed to keep the shifters safe in their U.S. headquarters. The facility sat on six hundred acres of land just beyond Great Falls National Park in Arlington, Virginia. From the outside it looked like nothing more than an old dilapidated building, circled by an eight foot high electronic gate, marked “private property”. Inside, it was a technological fortress that housed over one hundred active shifter soldiers, including the first family and their private security detail.

Eli didn’t mind living here. On a personal level, he liked the solitude he found in his room. While a secret stairwell accessed through a door in Eli’s bathroom led directly to an entrance into Rome’s living space, facilitating his job as Lead Guard perfectly. To that end, he also wore a newly designed e-band that allowed Rome to communicate with him, without using the global com-links that would broadcast to all on-duty guards.

He made sure said band was in place on his right wrist after he slipped on sweat pants, a t-shirt, and his tennis shoes. In the next few moments he was outside of his room, walking through the steel-lined walls of the hallways that circled the facility’s U shape until arriving at the training area. It was still too early for anyone to be here, but Eli punched in the code and pushed through the glass doors until he was inside the large room with all the latest weight and fitness equipment.

The treadmill was his goal because he wanted to run, and run fast. In truth, he wanted to shift into the cat and soar through the forest without stopping, but he knew that was dangerous. The United States government, through what they called. The Genesis Project, now had a genuine shifter in their custody. With that shifter they’d produced a super soldier prototype, aptly named ADAM, that Eli’s twin brother, Ezra, had already destroyed. Considering those facts they were all being extra precautious, even though Eli was aching to come across one of the super soldiers so he could show him just what a born Shadow Shifter could do to a genetically engineered wannabe.

He was in a steady stride when he felt the first tingle at the base of his neck. It was just a ruffle of sensation that Eli let sit for a few moments. He continued to pump his arms, his breathing barely increasing as he entered into mile number one of his workout. His feet pounded the running belt, fists clenched, eyes focused straight ahead to the mirrored wall.

She was there. He couldn’t see her, but he could feel her presence and his teeth clenched with that knowledge alone. He’d been feeling this particular female for far too long, but not scenting her was the normal route of acknowledgement for a shifter. He’d ignored both those facts, for he wasn’t sure how long. Today, he wasn’t in the mood to dismiss her.

He continued his run, working the full thirty minutes that he’d punched into the control panel. All while she watched.

When he stepped off the treadmill he stood in front of the mirror, stretching—which he should have done first, but had been so eager to burn the energy simmering inside, he’d bypassed that part of the work-out ritual. Now he bent forward, came up, tilted backward. He lunged first to the left, then to the right, stretching his hamstring to its full capacity, loving the burn of the muscles inside. He stood up straight, put his hands on his hips and did one squat before disappearing across the room.

The move had been quick, a practiced one he’d perfected for times just like these. Okay, she wasn’t exactly the person he’d ever thought of using that little trick on, but since she was here and he was feeling particularly aroused by her scent this morning, he figured what the hell. When his feet stopped moving he was in front of her where she stood all the way at the other end of the training room, standing against the wall, hidden in the shadows.

“Spying on me, guard?” he asked, his lips so close they rubbed along her earlobe as he leaned in to talk. “I’m not your assignment.”

“No,” she replied, her rich, throaty voice sending spikes of heat through his torso and downward until resting along the length of his dick. “You’re supposed to be my trainer.”

His thumb moved along her collarbone, smooth skin enticing him further, while his other hand found her waist, again skin touching skin. She wasn’t naked, wouldn’t dare leave her room and walk around a facility full of virile and virtually always aroused shifters without being fully dressed. He lowered his fingers quickly to confirm, feeling the ban of her exercise pants and breathing a concealed sigh of relief.

“Then take notes because I’m about to teach you one of the first rules of spying on someone.”

Eli didn’t give her a moment to speak, but wrapped his arm around her waist and pulled her into a quick turn, then using his foot, clipped hers and fell to the mat on top of her without so much as a grunt. She let out a small gasp before she did what she probably thought was taking control of the situation and flipped them so that she was now on top.

“What rule is that, Mr. Preston?” she asked, looking down at him with a definite smirk of triumph on her face.

“Don’t get caught” he said, seconds before grabbing the back of her neck and pulling her down to him. His lips took hers in a hungry connection that could have drawn blood if she hadn’t reacted fast and opened her mouth to him. His tongue thrust forward taking hers for a wicked tangle while his other hand cupped her ass, pressing her hot little pussy right up against his rock hard dick—just where she belonged. 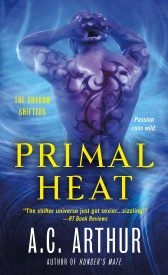