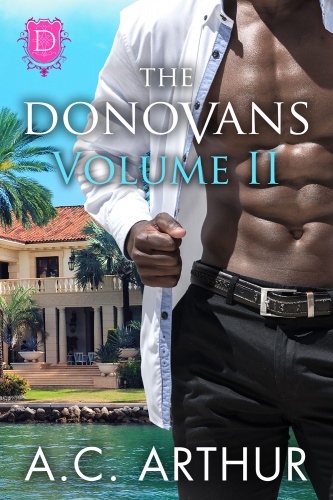 Embraced By A Donovan

The Miami Donovans are bringing the drama, Parker Donovan is used to the fast life and even faster women. But when his first attempt at marriage ended in a dismal failure, his priorities suddenly shifted and the immature playboy grew up. Now, as the vice president of Donovan Network Television, he’s focused on bringing quality entertainment to the world and living up to the Donovan family name. Until Adriana Bennett shows up and all thoughts of business and success take a back seat to desire. …and falling in love as hard and as fast as ever! Adriana Bennett managed to survive the intense modeling world and an eating disorder to finally fulfill her dream of becoming an actress. Just when she thinks her life is on the right track, ghosts from the past reappear to haunt her every step. Only this time, she doesn’t have to fight the battle alone, Parker Donovan is there, tempting her with tender caresses and scorching kisses, until Adriana has no choice but to believe that the safest place to be is in a Donovan’s loving embrace.

Once upon a time their passion had been boundless. Four years ago FBI Agent Loren Knox decided that Cole Desdune and all they’d shared together was simply too much for her. When, after chasing a soulless dream and living a nomadic life, she receives an invitation to Cole’s sister’s wedding, Loren wonders if this is a sign of a new beginning, or another colossal mistake waiting to happen. Homicide Detective Cole Desdune’s job is to catch the bad guys and put them away. But when Loren Knox—his personal nemesis—returns to town, Cole cannot resist delving deep into the depths of the love he’d once savored. Only this time, their connection is much deeper. It’s hypnotic. It’s insatiable. It almost gets Loren killed and could land Cole on the wrong side of the law.

These books are available separately in ebook format. 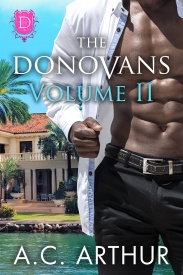