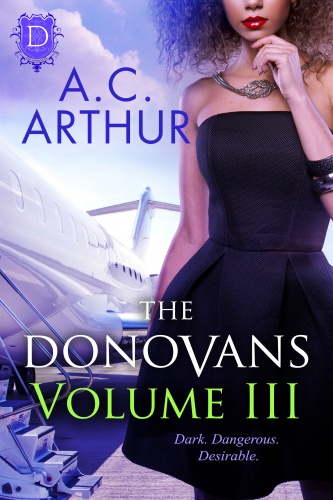 Wrapped In A Donovan

‘Tis the season to fall in love…

Jenise Langley has always been known in her family as “Ms. Independent”. A seasoned trial attorney now managing the Miami branch of the prestigious Langley Law firm, she’s all about taking care of herself and her business. Until Savian Donovan walks into her office and opens the door to unbridled passion. But outside the bedroom there’s turmoil brewing behind Savian’s stormy eyes and pending murder charges on his doorstep. Now, Jenise must decide if she’s on board for a bumpy road to love or if the shields she’d learned long ago to erect around her heart should remain in place…forever.

Savian Donovan is in big trouble. He’s suspected of murder and he’s sleeping with his attorney. His name is being dragged through the mud and his father and uncles are still keeping secrets from the family. There isn’t one good thing about the upcoming holiday season that Savian wants to celebrate…nothing, except the fire that burns bright and fierce between him and a woman he never expected to meet…or love.

Always In My Heart (A Donovan Friends Novella)

The heart does not lie.

Rico Bennett is in love with a stripper. The Chief Financial Officer of the multi-billion dollar Bennett Communications conglomerate and son of a Brazilian princess, is obsessed with the sexiest and most intriguing woman he’s ever met. She’s everything he never knew he wanted and, at the same time, all that he knows can destroy him.

Eva Romaine has come a long way since becoming an orphan and promising to take care of her younger brother. She’s taken charge of her life and is making a better living than anyone ever thought she would. She’s also falling hard for a guy she knows she can never have. When she tries to do the right thing and walk away, she realizes that a part of her never gave up on the fairy tale, that deep down she really could love and be loved and that Rico Bennett would always remain in her heart…even if circumstances may not allow him to stay in her life.

These books are also available separately in ebook format. 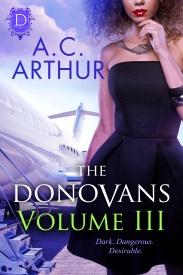